While our engine is away being modified and refurbished and our cruise is consequently delayed, Joe has been trying to remedy the trim issues Steadfast has.  The boat is very much stern down with only one of the two tunnel bands visible, the lower band being below the surface of the water, as is the rudder top.  Obviously the boat was built like this, ballasted throughout with paving slabs before the floor went down and the fit out was completed.

Then they bolted in a great lump of engine at the stern.

I imagine there was a bit of consternation when she was launched and the issue became apparent... Steel billets and pavers have been added to the front of the boat by way of correction but that was never going to bring the stern up sufficiently.

After investigations it was decided to remove all the ballast in the rear of the boat which essentially is the shower room.  The shower room has been dismantled carefully, floor removed and 512kg of slabs removed, they are sitting on our drive awaiting a skip.  The tunnel bands are now both visible and the  rudder top clear of the water. 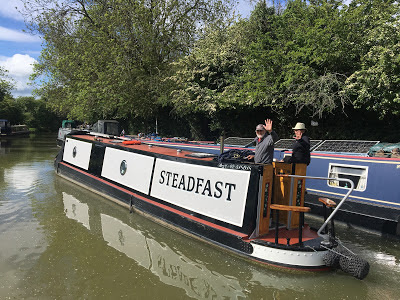 This was taken by Adam Porter as we passed No Briar Rose at Crick Wharf. You can see Steadfast is dragging her stern. 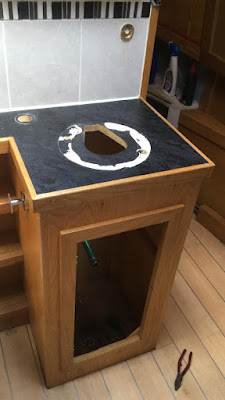 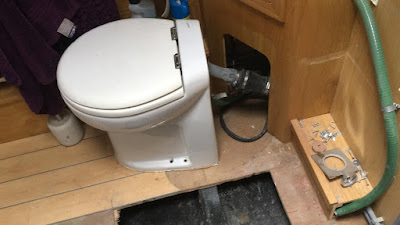 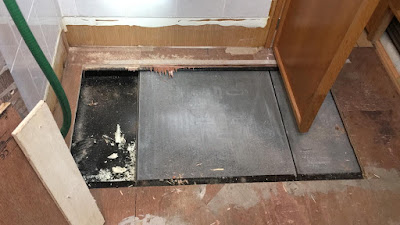 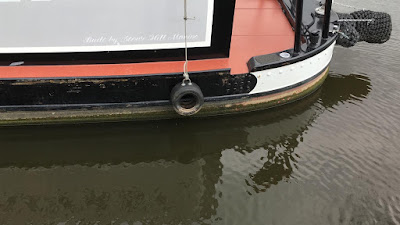 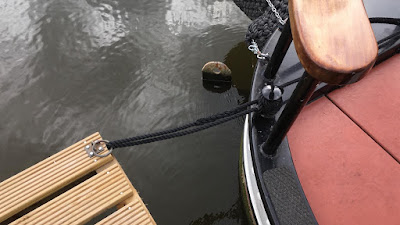 The next job after putting the boat back together is to remove the taff seats at the stern, more weight reduction!

Steadfast has a Russell Newbery single cylinder engine, a 'thumper'. It runs well, shifts the boat comfortably through the water and sounds good.  We haven't specified it, or sourced it, it just came with the boat so we claim no credit for the choice of this engine. As we are about to go out for a month we thought to get the slight oil leak at the top (head) of the beastie sorted. Joe was going to simply change the head gasket but as that would have involved buying a set of new tools we opted to use an expert.
Expert duly turned up on Monday and removed head. Too much oil pressure in the top of the engine so solutions were discussed... Next day expert, Richard Milligan, returned and removed piston and block. The engine is having a rebuild and modification and will be away for a couple of weeks so the four weeks cruise is now on hold. 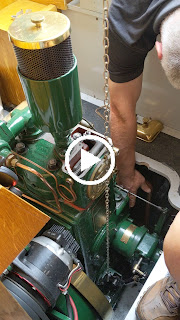 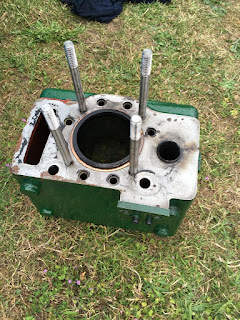 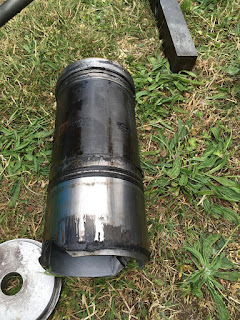 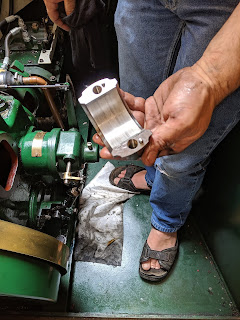 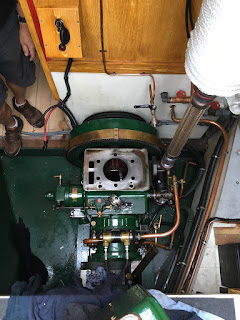