We headed back to our home mooring this morning and returned home to comply with the measures being put in place to combat Corvid 19.  On arriving at Hatherton we were met by John the manager enquiring about our plans. The marina doesn't want people self isolating on their boats; we were able to assure him that we had not intention of doing that.
The journey home was made much easier by the light traffic we encountered.
So here we are ensconced in our home and ready to sit it out until the virus is overcome and we are freed again..
Keep safe everyone 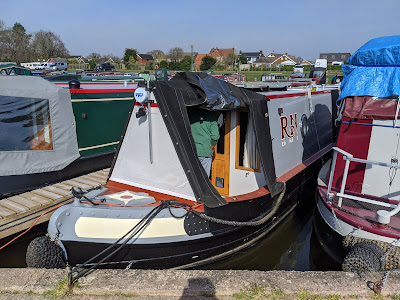 On Sunday we sat tight at Great Haywood and let the new solar panel earn it's keep.  Arriving back at the boat after a two hour isolated walk the batteries were 100% charged.  We wanted to be able to moor up with no engine running and have solar power replace what we use to run the fridge, tv, shower, loo, water pump and phone/tablet charging in any given day and it does seem that we have got our wishes.

There were significantly less people about on Sunday than on Saturday so it seems the Government pleading for compliance is working and the closure of Shugborough Hall gardens switched off the pull factor.

Today we sauntered off at 7.15 turning on to the Staff's and Worcester canal wending our way south mooring up after four hours. 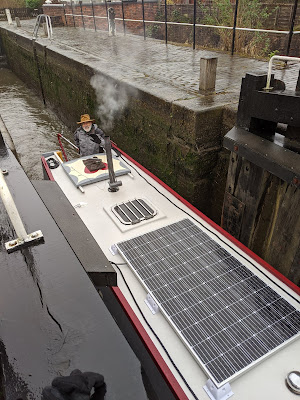 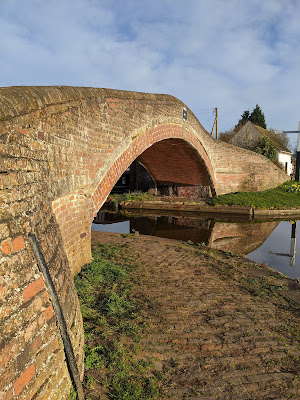 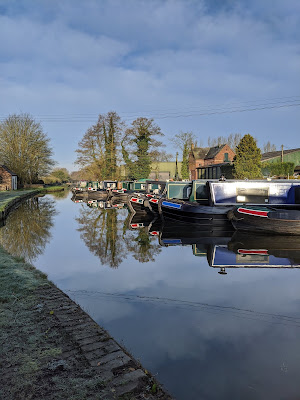 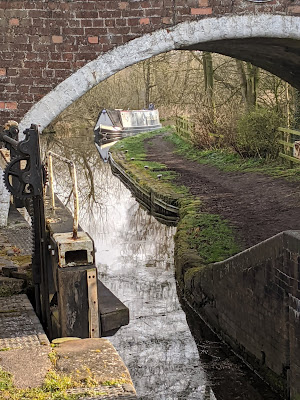 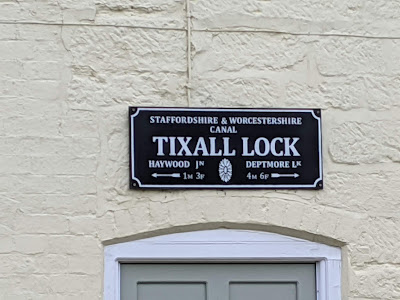 No metrication here, miles and furlongs 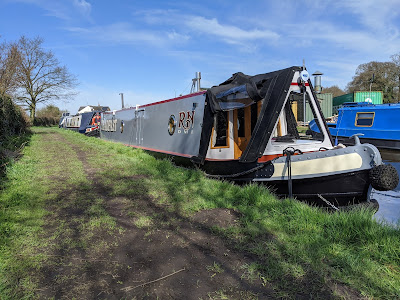 We left Rugeley at six thirty this morning and we had the world to ourselves and the birds.
After a gentle bimble we arrive at Colwich Lock which was in our favour.  The wind had got increasingly chilly so I walked the next pound to Great Haywood lock to warm up, worked Steadfast through and moored up before the junction with the Staffs and Worcester canal.

We are running the diesel stove 24/7 on a low setting and that is keeping Steadfast warm and cosy and as Anglowelsh were close by it was the perfect opportunity to buy more fuel for the stove.  Joe lugged the jerry can and I did the interaction ( payment, paperwork) from a 6 foot distance.
We will stay here overnight, maybe two, before moving slowly on towards Hatherton. Plenty of walkers about today though the Anglowelsh hire fleet has suffered a lot of cancellation/postponements due to the current health crisis. 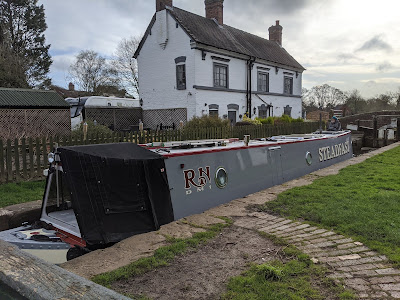 Coming up through Colwich Lock 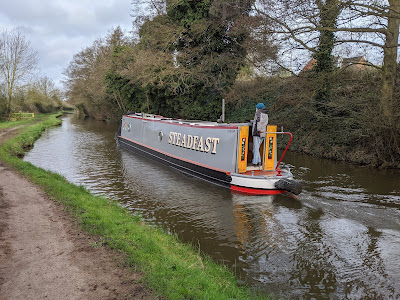 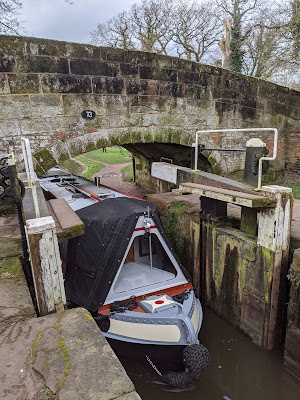 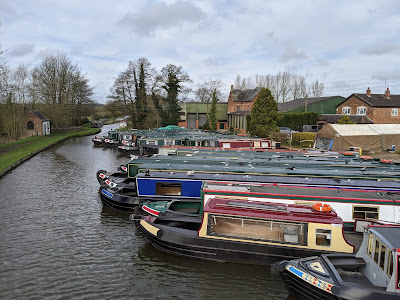 Anglowelsh fleet all in at Great Haywood

We are really not in any great hurry to return Steadfast to her mooring so we have been gently pootling along in our floating self isolation abode.  This morning we filled the fresh water tank and disposed of rubbish before turning on to the Trent and Mersey canal.
We aimed to stop in Rugeley where there are plenty of supermarkets and top up supplies of fresh food. 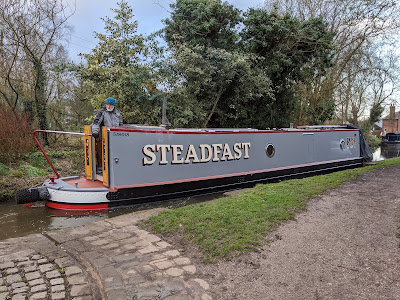 Just through the swing bridge at Fradley 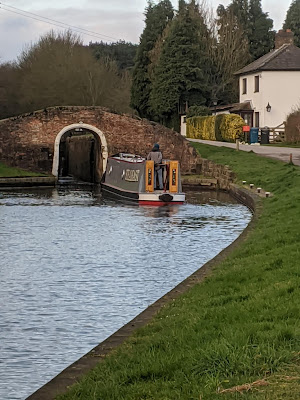 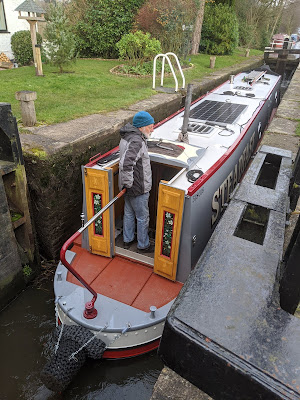 In Woodend Lock, the third and final for today 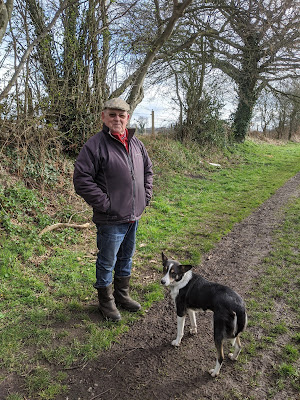 When who did we spot walking a strange dog? Brian Jarrett on his boat Autarky. 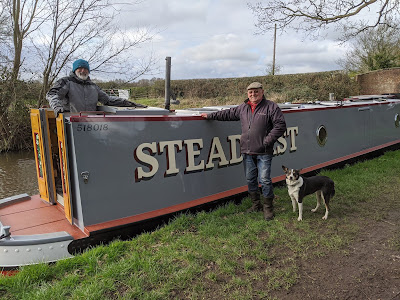 We pulled in behind Autarky, maintain a six foot distance and spent fifteen minutes catching up with each other. His dog, Ghost, crossed the Rainbow Bridge last September at the Grand age of fourteen and Brian was distraught but his new companion, Jessie has lifted his spirits. 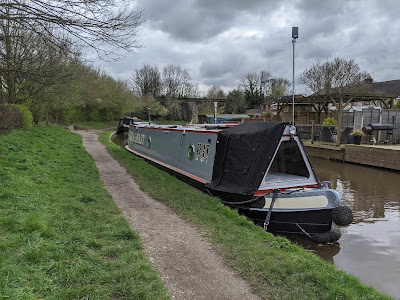 Moored at Rugeley where we are one of only four boats here. 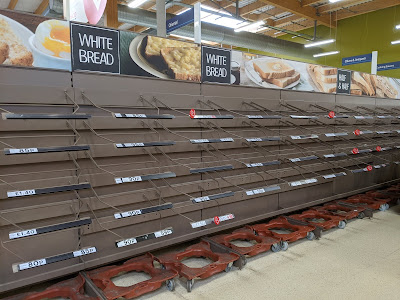 I visited Tesco and Morrison's and this is the state of the bread shelves in both stores....
Posted by Lesley K at 07:06 No comments:

We set off this morning just before 7am (sleep patterns are still awry after our lengthy return journey from Australia) and moored up three an a half hours later at Fradley Junction which  is the junction of the Coventry and the Trent and Mersey canals for those not familiar with the inland waterways.

The run up had given us a lovely tank of hot water so we had showers followed by brunch and decided to call it a day.
There is hardly anyone moving about, we passed one boat yesterday and followed one today for a short period. 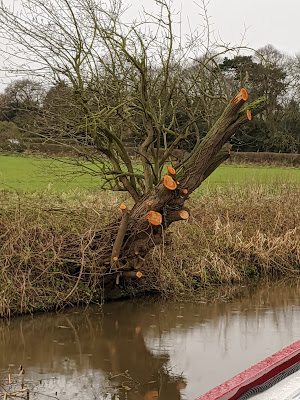 Offside vegetation been cut back along the Coventry 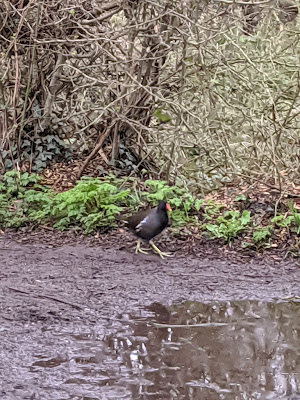 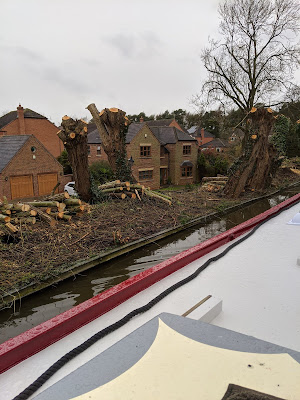 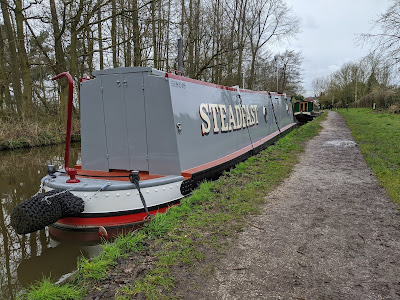 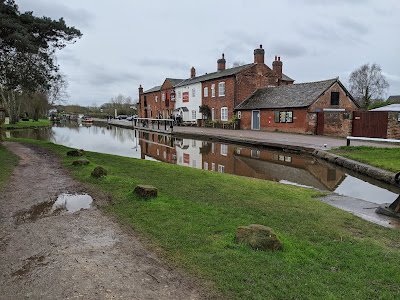 The White Swan, affectionately known as the Mucky Duck, is surprisingly open for business 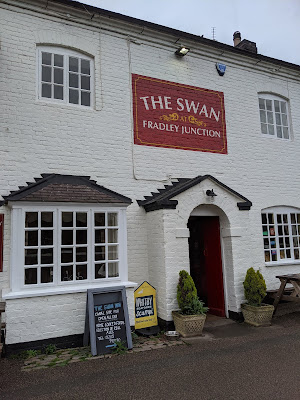 Joe and I travelled up to Glascote Basin yesterday morning to retrieve Steadfast and return her to her home mooring.  The final payment was made for all the work we have had done, Joe drove to Hatherton and 'dumped' our car and Ginge the paint sprayer gave him a lift back in her Purple Landover.
To sum up we have had complete respray, new cratch board and replacement screen, cleaned and repainted water tank, stern gland stuffed, automated bilge pump fitted, sign painting and a solar panel fitted.

We left the Basin this morning and headed off down the Glascote locks towards Fradley in a dreich weather stopping at Hopwas after barely four miles and calling it a day. 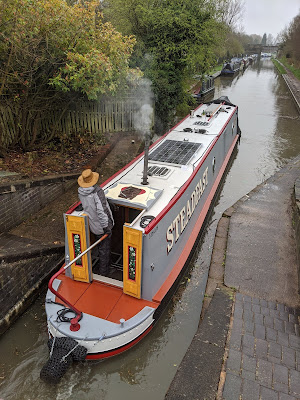 We have the power!

The latest update from Sarah Edgson at Norton Canes Boatbuilders was received here in Australia this morning..Steadfast has had her solar panel fitted!! 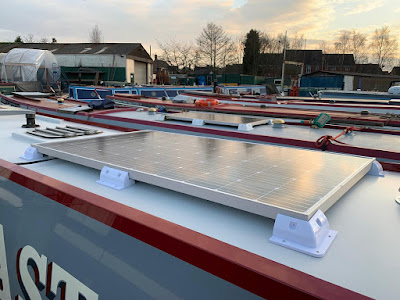 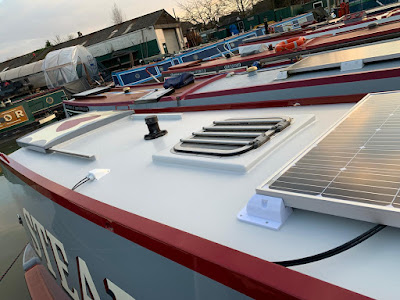