A couple of days fettling..

We are just back from a two day visit to Steadfast where Joe fitted and wired in a 12volt TV and charging points for phones and tablets. The battery bank onboard comprises of three 125amp hour batteries so rather limited.  We intend to add solar panels next year but Joe’s thinking now is to minimise the waste of battery power inverting to 240volt only to reduce it again to charge mobile phones etc.
All this is explained to me by Himself,  apparently the inverter uses power to do it’s thing... meanwhile I did the catering and knitted in the sunshine. 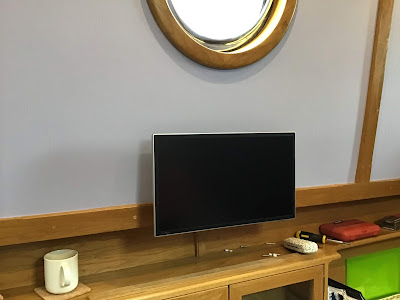 After completing the purchase of Steadfast we  wrangled a temporary mooring at Yelvertoft Marina just along from Crick on the Leicester line of the Grand Union.  Now back in 'boat mode' the annual Crick Boat Show became very attractive once again.  We planned to go to the show on the Sunday with friends David and Amanda who were providing the transport and then set off on the Bank Holiday Monday, car less, to Steadfast's new home mooring at Hatherton Marina on the Staffs and Worcs. 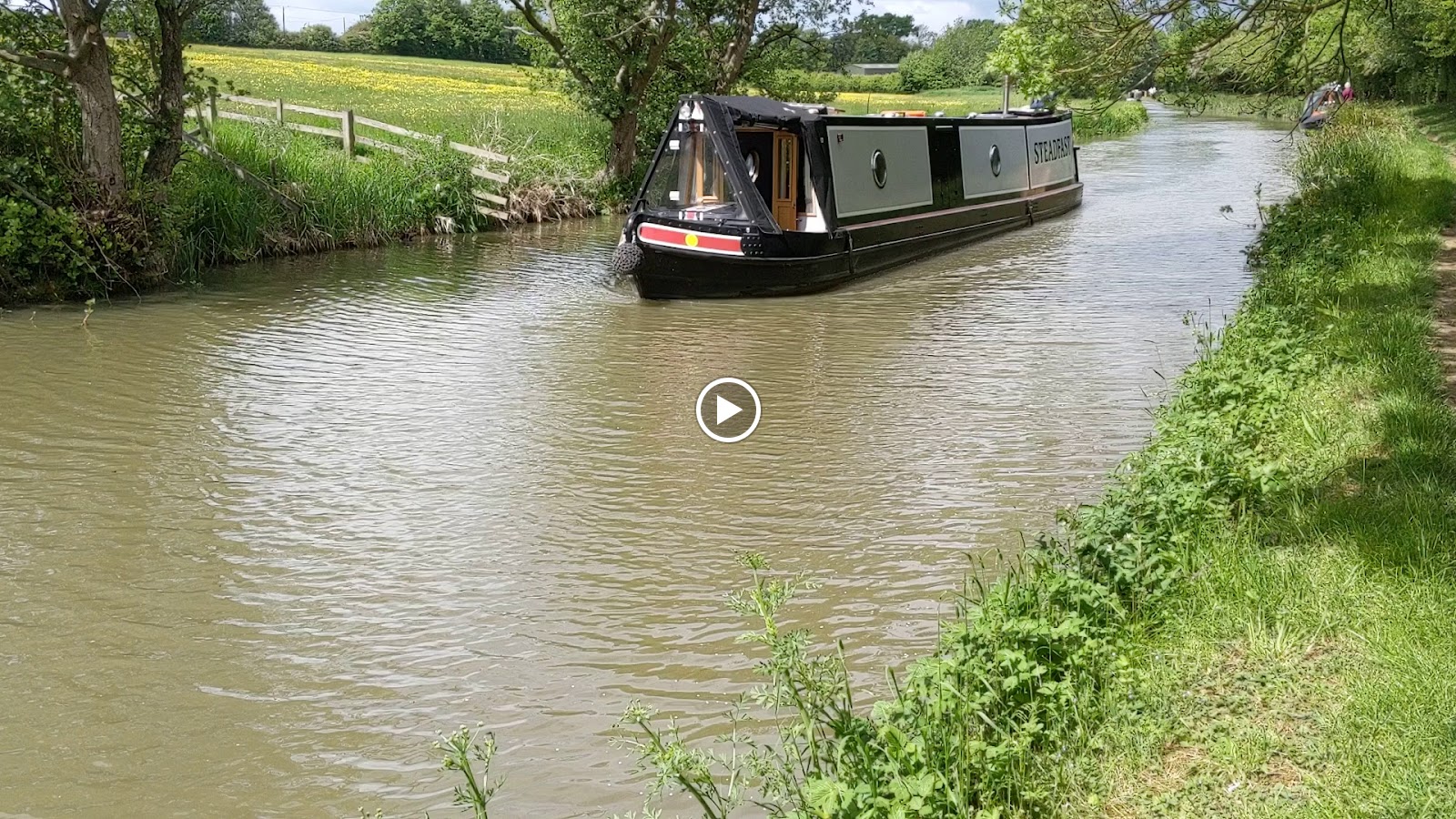 We had travelled down the Watford flight and I found myself walking along the towpath to the next bridge hole to get back on the boat  so I took the opportunity to record this of Steadfast.

So, he had blinked, or nodded and the hunt was on for another Narrowboat.. I was on a mission!

What did we want?
Something small?
A tug? A small tug?
Hens teeth?

We needed to be realistic.  Something small, tick. Something well fitted out with reasonable electrics, tick.

I found a TUG at ABNB brokerage and booked an appointment to view it. We then went and looked at a 42' trad at Shardlow and a 41' BCN boat at Hatherton Marina and then another boat at Crick.
We looked over the latest offering and then went for breakfast to digest what we had seen as well as a full English.

"What do you think? I like it." says Himself.

" Not sure, I'm not convinced. I love the fit out, the engine, the galley, the size but... the lines? The boat is 'arse down' but that's resolvable I guess".

We ate breakfast and resolved to go back for a second look after which we made an offer and bought our third boat. 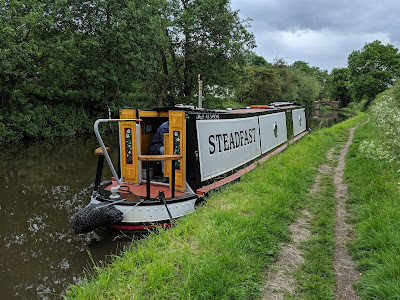 In November 2008 our first Narrowboat was launched and we set off as newbie full time liveaboards. 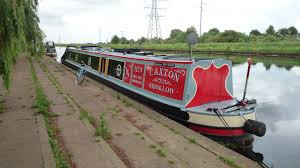 In January 2012 our second boat was launched and we continued our fantastic life travelling the inland waterways. 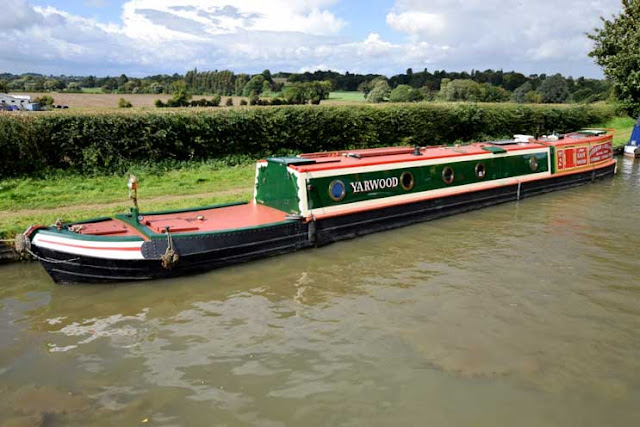 In November 2016 we moved back ‘on the bank’ and sold our boat the following year.  No more full time boating for us, been there, done that, so it was time for a change.

Over a bottle of wine options were examined;

A smaller Narrowboat for more occasional use?
A blue water boat for the salty splashy stuff?
A motorhome maybe?

By the time the bottom of the bottle was in sight a decision had been made and the Motorhome won.
However, friends still had Narrowboats and in August last year we were asked to move one of their boats from Cropredy to Debdale. We  enjoyed being back on the canals, even discussed what kind of boat could suit us if even we were tempted again....we were not tempted though.

Spring this year we were again asked to move a friend’s boat and very happy to oblige, we set off from Hinckley to Ramsey in Cambridgeshire.  Five days into the trip, a bright but very cold day we set off and someone, it might have been me, said “I really love being back out here in the ditches it is so much better than batting about with everyone else in the Motorhome. This is really a parallel universe.”  The surprising response from Himself was “I prefer it too” (It was Himself who wanted to  stop boating) and not one to miss an opportunity I immediately said “Shall we get a boat then?”

It only took a nod.
I scuttled inside and retrieved my IPad and was on to Appolloduck before he could blink!
The search for boat number three was underway.